Blog - Latest News
You are here: Home / Blog Archive / Colorado Capital Conference / How is hitting a Grand Slam in Baseball like investing in a startup Un...

Here are two things that are very similar in that they are very rare and it’s awesome when they happen.  There’s a lesson to be learned, however, in the pursuit of these goals.

Grand Slams, as most of us know, consist of hitting a home run with the bases loaded, for a four run result.  The odds of having bases loaded and hitting a home run are extremely small and there are an average of 135.6 grand slams in an entire season, or odds of about .07%.  With thirty teams playing 162 games each and 34 average at-bats per game, that means there’s one Grand Slam for every 1219 times at bat.  Long odds indeed.  On the other hand, the average batter in professional baseball hits .250-.260 in a season, which means that they get at least a base hit for every four times at bat.  Those are better odds!

A “unicorn” in venture capital speak, is a private, venture backed company with a valuation of over $1 billion.  These are rare creatures indeed, but in the past eighteen months we’ve seen an increase in unicorns of 250% over the previous ten years.  Between 2003 and 2013 the venture community produced about four unicorns a year.  Lately, we’re seeing far more unicorns and they’re in the news and they’re in the consumer marketplace, so we’re seeing them daily when we use Uber or AirBnB, Dropbox or any of dozens of other companies that have come onto the scene.

But what does it take to invest in a unicorn?  Just like baseball, you’ve got to get at bat a lot of times before this is going to happen.   NVCA, Mattermark and CVR show that there are between 5,000 and 10,000 internet related companies funded each year.  That results in Unicorns representing about .07%, or 1 in every 1,538 investments.  Most venture funds only invest in about fifteen or twenty companies in any particular portfolio, so the odds of hitting the unicorn are pretty low.

Venture funds have grown to be larger and larger with the survival of the fittest following the economic downturn.  Funds are investing larger and larger amounts of cash in deals, sometimes driving up valuations and creating more unicorns, and sometimes fruitlessly chasing elusive unicorns that fail to materialize.  Even when they do materialize, many of these funds are investing later in the game and their investments may represent a relatively small portion of the equity in the company. Research has shown that many smaller funds are outperforming large funds on a cash on cash basis. 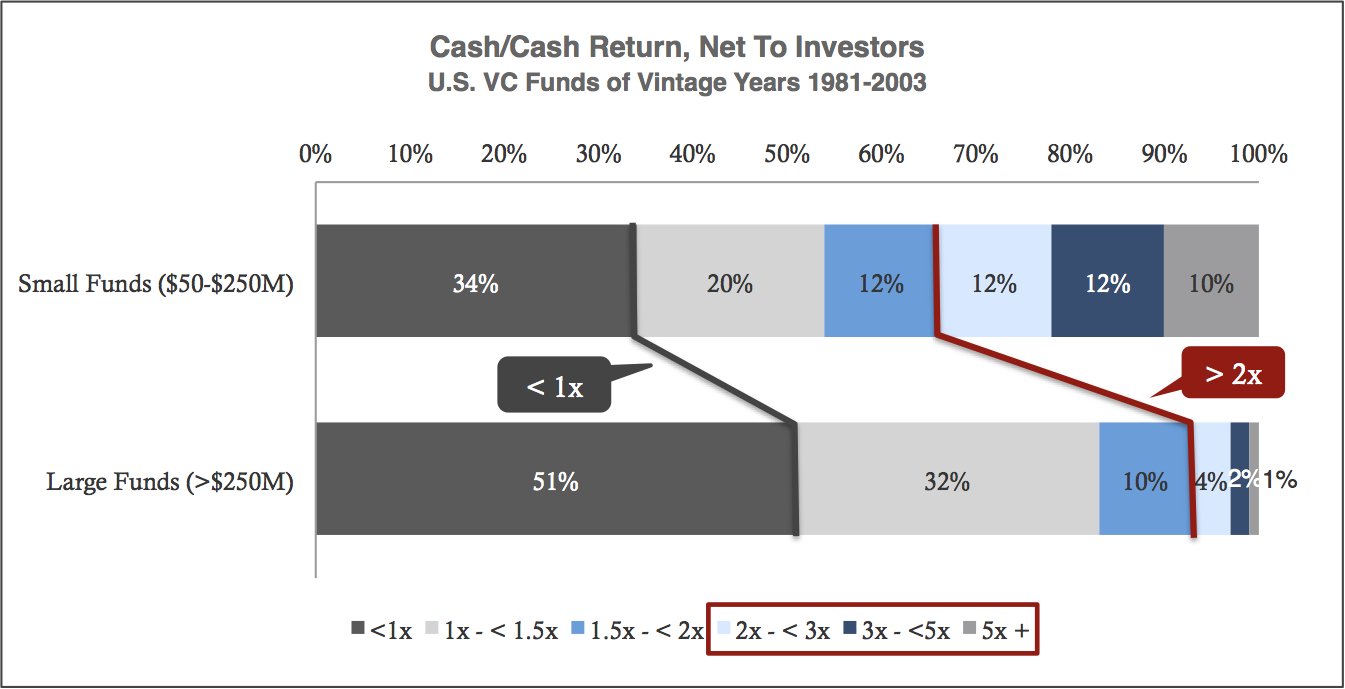 The moral of the story is that smaller funds and angel investors can do well by swinging for singles and doubles with companies that may exit earlier, giving investors a chance to recycle into other investments with greater odds and ultimately end up putting more money in their pockets.  Not every angel or VC investment has early exit potential, but it can be a winning strategy to ferret early exit potentials out when ever possible.

Want to join the discussion?
Feel free to contribute!